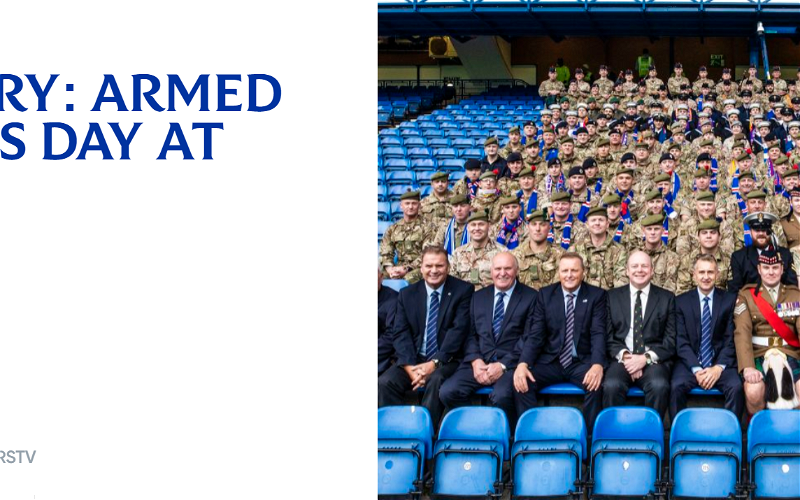 “In kind support” what on earth does this mean, paying the face painter, HMRC or the other 274 creditors? We have seen again another pass the basket for Sevco where the numbers do not add up.

Rangers FC and the Rangers Charity Foundation have a proud tradition of supporting serving personnel and veterans. The Foundation has donated over £190,000 in cash to armed forces and veterans’ charities to date, as well as significant in-kind support.

Twitter had other numbers, over 10 years this would be less than £50,000 unless they are claiming the Oldco’s history in which case it is far less.

Armed service day also showed its true colours, with a St. George cross and butchers apron on display from a crowd that hates the Saltire.

That these proud Scots cheer every flag but their own explains all you need to know about them.