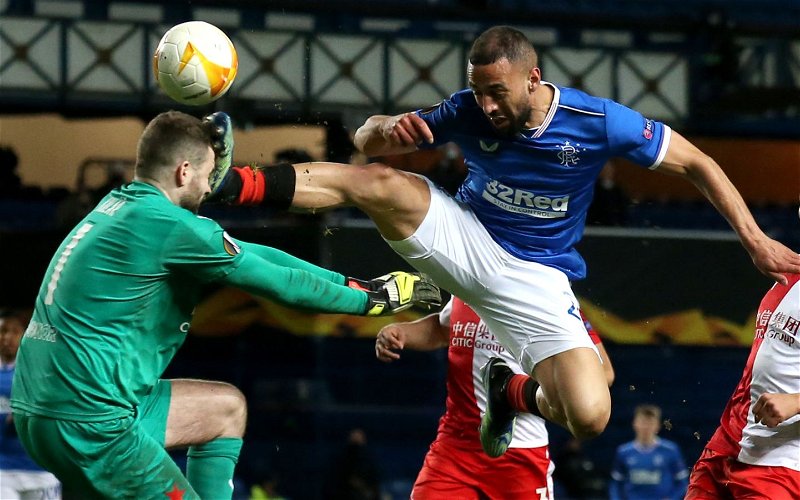 Kemar Roofe got some attention as he touched down in Prague ahead of tomorrow nights Europa League match between The Rangers and Sparta Prague.

The Czech fan asked if he had come to injure another goalie before he was ushered away he was called a butcher.

The match is going to be heavily scrutinised, should there be any racial abuse expect Sevco fans to morph back into victims and espouse massive bans for anyone who upsets them.