‘Call It Out’ denounces Orange March and calls for volunteers at St. Alphonsus 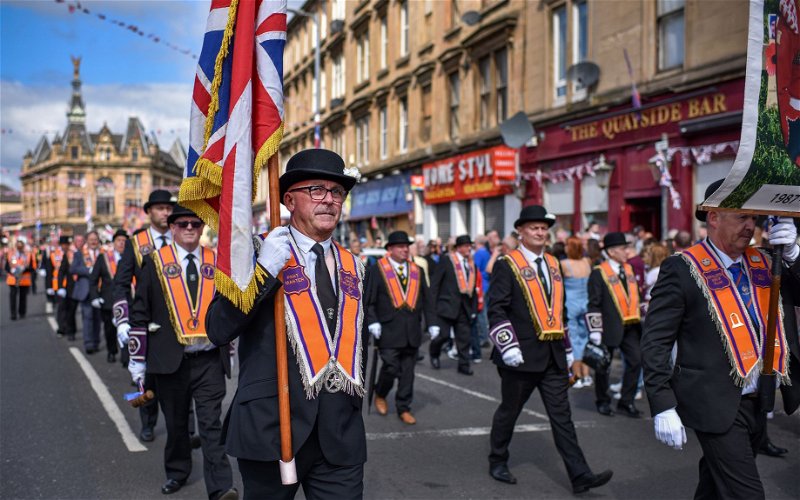 The year is 2022, but one community’s supremacy complex needs to be shown every year under the guise of culture this time again bleating on that their descendants overthrew their king and brought in a foreigner to rule over them.

They call it ‘Loyalty’, anyone else on earth calls it treason.

But the treason loving folk are again on the march, this time again via a Roman Catholic church, namely St. Alphonsus on the London Road.

Imagine such behaviour anywhere else on earth, if Nazis marched down the streets in Jewish neighbourhoods holding banners with the names of the death camps on them.

The fact that the UK government says nothing is all the more reason for an independent Scotland, one which can reject such hate and found a nation without the stupidity of the Unionists.

If you have time, find your way down to this silent protest, if we allow this to unchallenged, it will always be so.