Celtic in line for £4 million bounty from Christie sale 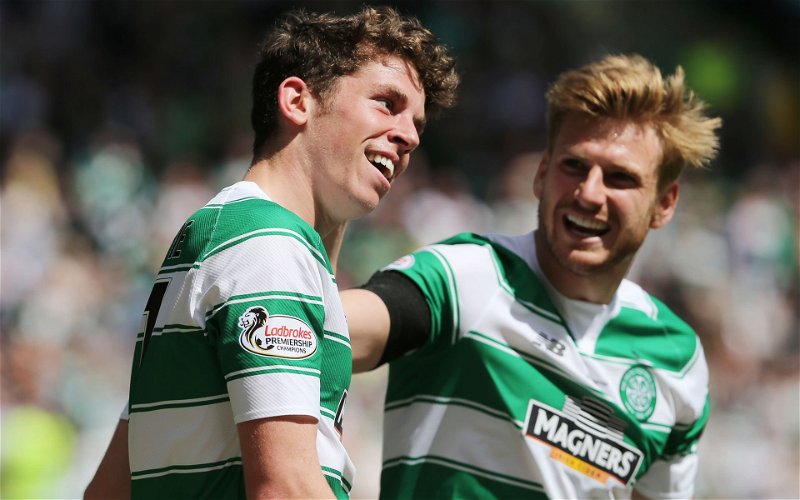 Well this is a welcome surprise, Ryan Christie’s contract has been reported by the Record to be far in excess of the earlier figures which were being paraded about as facts in the wake of Ryan Christies move to Bornemouth.

Apparently we took in £2.5 million initially but can earn another £1.5 million in add ons, with this being the case hopefully he plays a few hundred games for them and scores a bag of goals, all the more money for Celtic.

MailSport can reveal that Celtic received a £2.5 million fee for Christie, which could rise to £4m with add-ons, despite him having just four months left on his contract.

Bournemouth and Premier League outfit Burnley had both agreed that deal but Christie picked the Cherries because of gaffer Scott Parker’s style of football and desire to get them back into the Premier League.

Christie had this to say to his critics:

“In terms of the money grabbing shout that’s going about – I just don’t understand it.

“It just confirms to me that most of this stuff comes out of thin air.

“Money-wise, there were better options for me in the Premier League. And if I wanted to be a bit-part player for a club in that league, I’d have gone there.

“But I wanted to join a club where I felt I’d be an important player and there would be pressure on me to play well.

“Bournemouth was perfect as a team who are desperate to play in the Premier League.

“And if we can get up, hopefully I can be a vital player there.

“I didn’t want to come down here, play for a club where I’d get 20 minutes there or there and take up a wage.”

Christie had just 6 months on his contract, meaning this is an excellent bit of transfer business done by former CEO Dom McKay, it is a pity that he is no longer at the club.