Firstly I will say this as I do to many when this ridiculous part of the year comes about, both of my Grandfathers fought the fascists, neither wore a poppy, nor told me to do so and in that spirit, I do not.

At the same time I also honour anyone’s right to wear a poppy or anything else for that matter, my Pops fought for our rights to make independent decisions without being manipulated by demanding agendas after all.

Celtic today have donated 10,000 quid to Poppy Scotland, some will complain about this on our side of the fence and the boat builders grand children across the way will look to point score but don’t be taken in by them.

Celtic’s war time history is a thing of wonder, we have a Victoria Cross awarded to Willie Angus and we lost 7 players on the field with over 50 taking up arms across the 2 World Wars.

The current nonsense of demanding blanket Poppys on everything from the end of October onward is retrospective madness, this was never something done when I was young, nor was the Poppy a symbol of all British conflicts, merely of the World Wars.

I take the line of thinking of James McClean who has said he would be happy to honour those who fell in the World Wars but cannot wear a symbol which includes The Troubles, Iraq and lately Syria, Libya and the genocide in Yemen for that matter.

I honour my Grandfathers sacrifice by not wearing a Poppy, they didn’t after all, so why should I?

Well done to Celtic with the donation, across the way the boatbuilders have a page where you can donate, the club hasn’t seen fit to put its hand in its pocket other than to arrange a big Poppy to put on the pitch.

Lennon on the brink 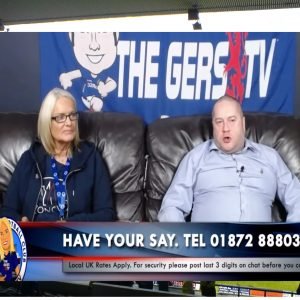