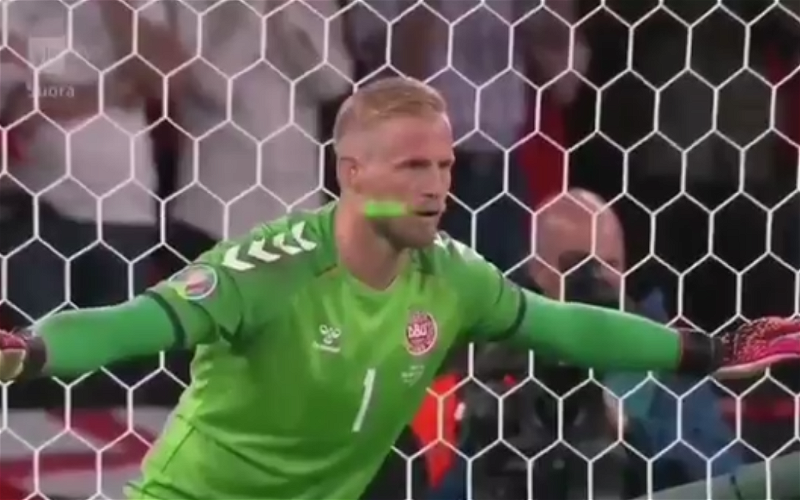 Stan Collymore is a proud Englishman and will no doubt be happy seeing his nation in a major final for the first time since 1966, however the manor of getting there was farcical with not just a dive with 2 balls on the field but also footage showing a laser pen was used to blind Kasper Schmeichel before Kane took his penalty.

Watch the video above, it is clear that he had the laser shone on his eyes in an act of terrible sportsmanship from a support who booed every time the Danes touched the ball.

I wonder what tricks the officials and fans will have up their sleeves for the Italian match?