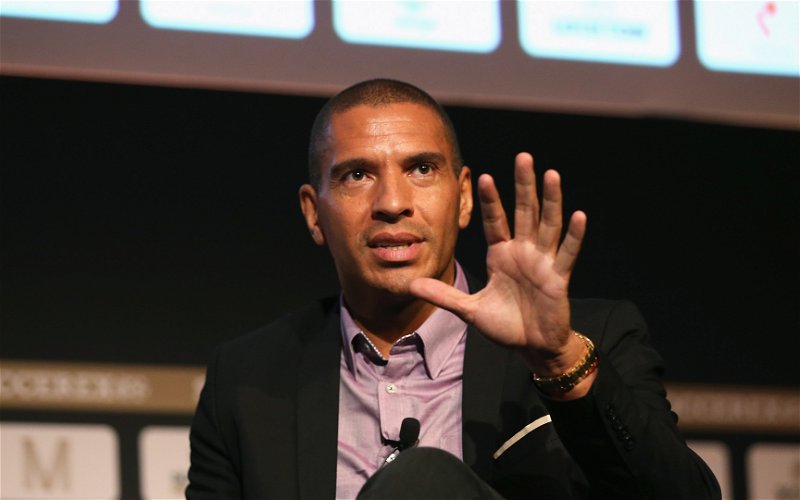 Stan Collymore has taken to Twitter to highlight talkSPORT and talkRADIO presenter Mike Parry’s rant against minorities on the Jeremy Vine show which he is a regular presenter on.

In a day where he ranted on about the needs to cut universal credit to entice people back to work he also managed to complain about how tolerant the UK and how minorities always get the upper hand and need to be squashed.

Watch the video below.

In what world is such rhetoric acceptable?

Stan went on to call Parry out and the industry at large, the matter has been reported to ofcom according to Mike Parry’s wikipedia, you can view that by clicking here.

In a time where we are seeing racist marches in the streets, media partners banned for racist tweets and newspapers, comedians and others also found to be riddled with racism, this doesn’t bide well.

Yesterday a well educated type announced a new bunch of cretins ready to cause trouble.

If Parry escapes with this then it will be open slather, that people like Boyd can call for a player to be attacked verbally whilst he is on the pitch as a matter of karma shows that the media is becoming increasingly vitriolic, if nothing is done this will be the new norm.