Deadline day dollars, 3 in 3 out and a profit on top 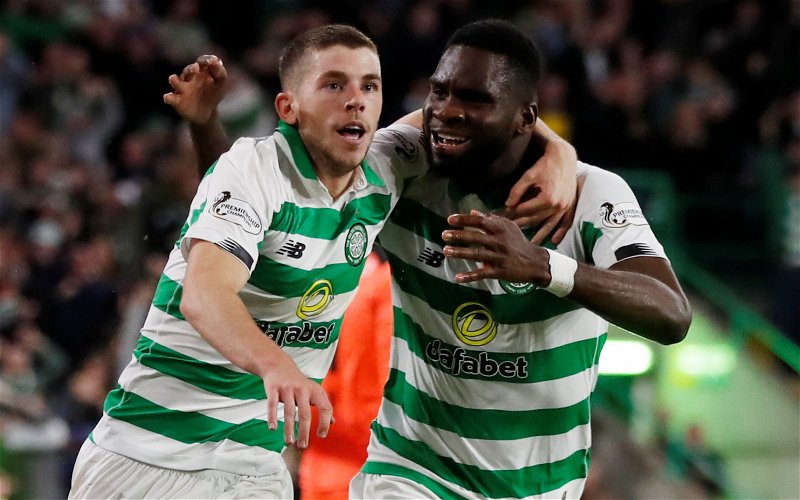 The news that Odsonne Edoaurd will finally get his move to the EPL is great news all round, the 40% clause with PSG is reportedly for all profits over the £9 million we paid, so that would be £2.4 million leaving us with £12.6 million from the transfer, more than enough for Ange to do some shopping late.

First of all is Georgios Giakoumakis who has already had a fee agreed for £2.4 million, his wages had been an issue but this seems to have been remedied with a medical booked in Paris he is to be unveiled today.

We are also hearing that Ryan Christie is to leave and that we will get some fee for him, how much is anyone’s guess at this stage, but when you think that Kristjan Lovric can be bought for 5 million euro if it is anywhere near that we should snap up the Croatian immediately.

There is no point being linked with quality players only to baulk at a reasonable fee and go get a loan player instead.

The elephant in the room this window is Leigh Griffiths, a player who has disgraced himself in our colours be it with laziness or with text messages he should never wear our top again, if Dundee want to take him out the back door then fine, but we will still be paying a fair bit of his wages.

A better option is to buy Nisbet and move Griffiths at the same time, he has been quoted at just £4 million, I would be happy to pay that and give them Griff for tuppence.

Nisbet, Giakoumakis and Kyogo would be a formidable front line, Ajeti for cover in a 4 month stint whereby he works his arse off and gets under the gaffers nose or moves to a championship club for one point something million in January.

Giakoumakis for Edoaurd, Nisbet for Griffiths, Lovric for Christie, it is not a lot to ask and will still have the club turning a profit from Edoaurd’s sale alone.

£4 million, Nisbet, £4.5 million Lovric, £2.4 million Giakoumakis has us at £10.9 million, still over a million profit from the Edoarud money alone even before we bank a penny from Christie (should we get a fee), it is the least the manager deserves.