Kyle Lafferty should kit out in a pair of Speedos before playing football, such is his love of diving.

That he remained on the pitch shows a fundamental misunderstanding of the rules by Kevin Clancy who penalised him for diving but didn’t give him a yellow card for it.

Diving is a mandatory yellow card and Kevin Clancy and the SFA would do well to read the FIFA rule book.

Maybe Hugh Dallas could send them a copy, if not click here for the laws of the game. 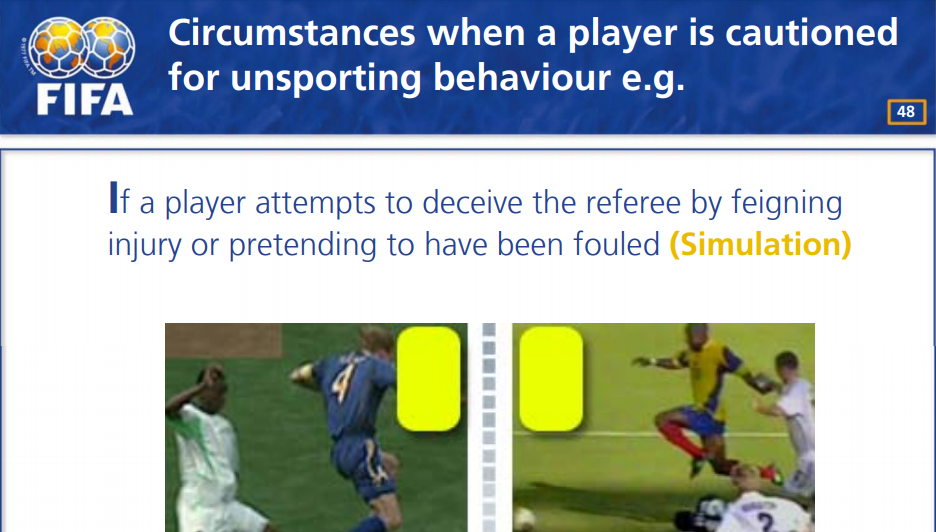 Page 48 of the FIFA rule book clearly states with pictures no less, that Simulation is a yellow card offence, it is not discretionary.

Already on a yellow after persistently fouling Celtic players, he should have been sent off, instead, he was subbed and gave everyone the finger as he sulked off.

Yellow cards are also meted out to those who pull on a players jersey and wrestle them to the ground, this is also accompanied by a penalty as page 46 illustrates below. Obviously, pictures and big glossy writing are too hard to follow for referees in Scotland and it is just another reason the VAR or Virtual Assistant Referee must be brought into Scotland.

All games are recorded so there is nothing stopping this technology being used.

Ask Scott Brown, he received a yellow card before the tackle was over, his first foul no less and an innocuous one at that.

Call me cynical, but get ready for an Honest mistake or 2 if the Peepul are behind today at Motherwell.