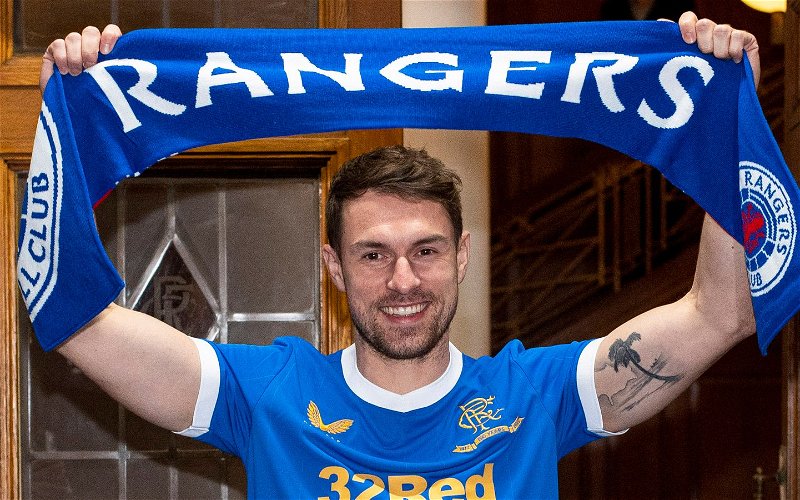 I hate golf, there I said it, stupid activity, I won’t even call it a sport, a load of rich people hitting a ball around a field, seriously anyone who has any interest in this form of time killing needs to spend more time in the terraces watching a real sport like football.

Ewan Murray took to Twitter to get a sand wedge out and try and start some controversy among the support of the Glasgow divide to try and remain relevant in the conversation.

It is honking patter to suggest that Celtic have gained an advantage due to the postponement, something Murray hasn’t stated but merely alluded to.

We had 3 of our signings in the day before the window opened who would all have been available for the game vs the Ibrox outfit.

That they have brought in a player with more injuries to his name than the casualties from the charge of the light brigade and a player who is currently being pilloried by his own for missing clear chances despite being worth £37 million is hillarious.

The facts are that had they met Hearts valuation for Souttar and strengthened their defence instead of throwing £2.5 million down the toilet for a player who can’t give you half an hours service is mental, that they managed to pick up a starlet who can’t get a game at his parent club but is overhyped is standard procedure for them.

Regardless, Celtic have invested wisely in the transfer window with Maeda, Reo and O’Riley all looking like regulars going forward, Guchi and Kenny look more to be projects, but good signings all the same.

It isn’t our fault that we sign players no one has heard of, no one rates and that no one comes to greet at the stadium that turn out to be fantastic bits of business and Ra Peepa do their business in the opposite fashion.

Hubris isn’t for everyone, nor is a business plan that revolves around sustainability.

Jump on this thread for a laugh.