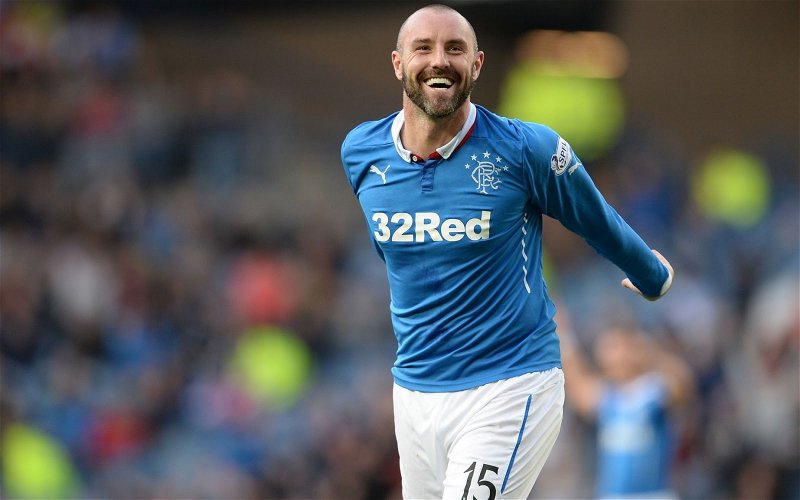 Dundee banned Kris Boyd from entering Dens Park after his rant before the game, his talk of Karma was little more than incitement as he rallied up the Bears to give Griffiths both barrels whilst he lasted on the pitch.

He is of course still a Celtic player and Celtic should follow Dundee and ban the spiteful pundit for his attacks on one of our contracted players.

As reported in the Daily Record:

Dundee banned Kris Boyd from Dens Park at the weekend over his stinging criticism of Leigh Griffiths.

Dark Blues officials told Sky Sports chiefs that their pundit would not be getting interview access to any of the club’s management team or staff after Saturday’s 1-0 defeat to Rangers.

Boyd was at the game on Saturday but had to do all his analysis and work from the Sky Sports truck parked outside of Dens.

The broadcaster then had to bring in another reporter to do Boyd’s after-match interviews.

A Dundee insider said: “We informed Sky Sports of our decision on Saturday morning that Kris Boyd wouldn’t be getting any pre-match access from anyone at Dundee.

“Some of the stuff he wrote about Leigh was just ridiculous and out of order.

“In fairness to Sky Sports, there were no issues and informed us that they would send in another reporter.”

Since Sky can send in another reporter, then why on earth not ask them to do exactly that and refuse all questions from Boyd when at away games, anything less is to throw our player under the bus and allow people who outright hate Celtic to make a career out of it.