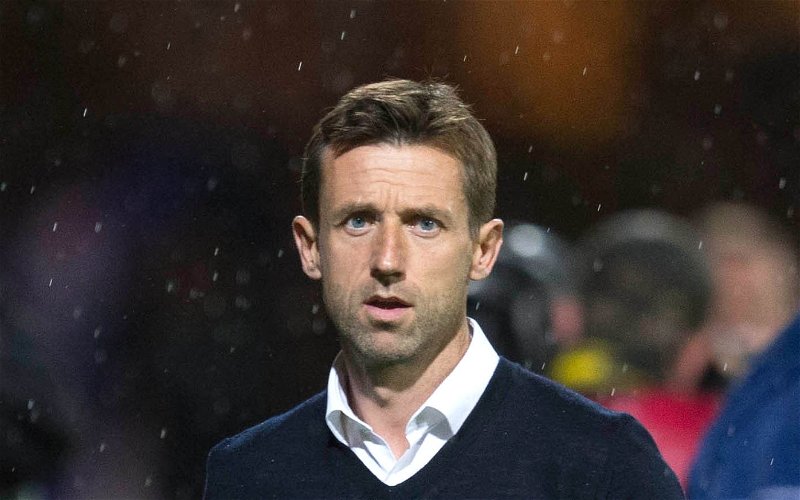 With just a few minutes to go in the match between the Newco and Hibernian, The Glasgow Times, the shark jump of old, came out with an incredible piece of guff to not just paper over an honest mistake but to double down on it.

They of course needed a cyclops to see things their way and none could be found better than Neil McCann.

“Unfortunately, young Ryan, 22-years-old has got a switch where it just goes red. He sees it and he thinks he has the opportunity to win the ball. He’s apologising there to Alfredo Morelos (after the foul) and he knows he’s done wrong.

“Unfortunately, he can’t recover it because he’s committing to the tackle and it’s over the ball. He probably wins the ball with the back of his hamstring.

“He’s trying to do Joe Aribo there. And that is a switch I’d like to see Ryan remove from his game because he gets himself involved in that. It’s a rush of blood. He’s actually a really nice young man but on the pitch, a nasty streak comes out.

“I like a nasty streak in a player, an aggressive touch (but not like that). He’s endangering the player and could have given Aribo a real bad one.”

To suggest that Porteous was trying to do Aribo (or Morelos as he thought it was) in a tackle whereby he even admits that Porteous got the ball and missed the player is a joke, the facts are that Sevco had a piggy back today with 3 points handed to them on a plate.

That bitter pundits like McCann are on hand to slander players and look past ridiculous officiating is endemic of the situation we face in trying to claw back these points from Sevco.

In the last 3 weeks they have had an offside goal allowed in a 1-1 draw vs Motherwell, a red card for a keeper foul seen as just a yellow vs Dundee and now a player sent off for absolutely nothing whilst losing 0-1 vs Hibernian.

If this keeps going it will be impossible to catch them, the officials just keep bailing them out.