Well you know that The Rangers have the fear of losing Teflon man Joe Aribo, himself someone who can play act without being touched or hack and opponent down without any real sanction being given.

The thought of him getting a 2 week ban and ending up being missing vs Aberdeen in a few weeks time is clearly too much and the Daily Record has swooped into action via Sportsound with a horrendous piece of journalism.

Livingston assistant manager Bartley told BBC Sportsound: “He takes a loose touch, and then kind of stretches after the ball.

“Listen, if i’m on the sidelines and that’s against Livingston I’m screaming for a red card all day, but if that’s me as a player, there is no real lunge.

“There is no real; he’s not going in uncontrollably. He’s had a loose touch, he’s tried to stretch for it, the Hearts player has got there before him.

“If you freeze frame a lot of tackles that maybe i’ve done you would be calling for a red card. I think the referee has made the right decision.”

Of course if you look at Porteous, he doesn’t touch Aribo yet he stays down for a couple of minutes, if you look at Aribo’s tackle he nails him and if he is in control then why is his sprigs on his shin pad?

He has clearly lost control at any speed, expect little to nothing to happen for this when or if a review is heard midweek.

Those of you on Twitter jump on this thread and join the angry Celtic fans commenting. 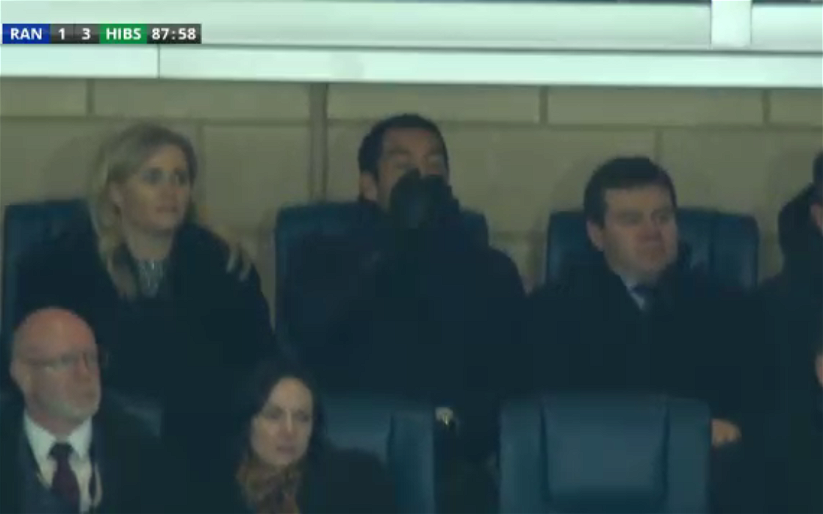