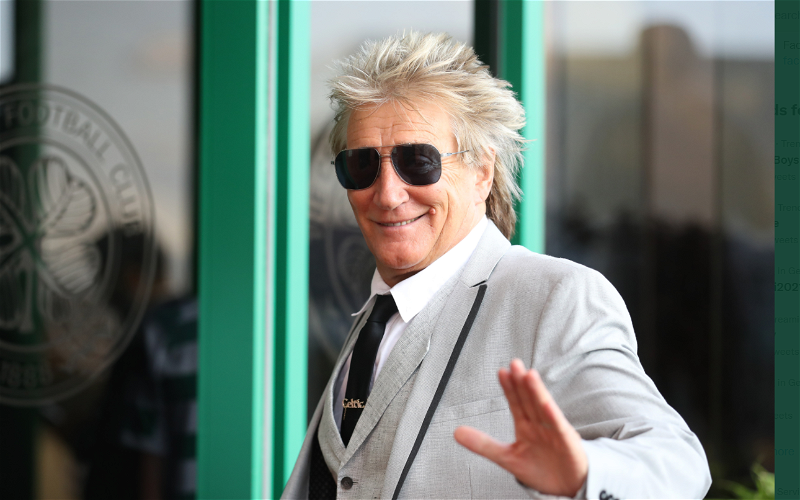 Well everyone’s favourite Tory is back at it calling for change at a club whereby his beloved Boris is wholly reviled and the support he claims to be among suffer fines for feeding the poor who fall between the massive gaps created by this disgusting Tory government.

His favourite political party are also withholding Scotland’s right to a referendum on its future as both a European country and of course as an independent country, but Rod has a solution… England.

“It’s worth every penny,” Stewart admitted. “I’m going up there tomorrow and it’s a lovely day out.

“It’s the one thing where I spoil myself and I get a private jet to go up to Glasgow and watch them.

“I don’t do it very often but I just wish sometimes that they played in the [English] Championship.

“I didn’t say the Premier League because I think we’d do well in the Championship.

“I personally don’t think it will ever happen in my lifetime but the thing is Scottish football would suffer.

“With no disrespect, nobody wants to see St Mirren play whoever. I mean no disrespect but they’re [Rangers and Celtic] the giants. They are the ones that get the big crowds.

“So without it, I don’t know what would happen with Scottish football that I love so much.”

The pure cheek of him to state that we would so well in the Championship but not the Premier League, the facts are that if we were to do well then we would be promoted and then climb again.

That he has us at the level where the first 5 clubs are Fulham, Bournemouth, QPR, West Brom and Blackburn, themselves clubs who have one Premier League title between them is a joke.

That in a time of austerity he bleats on about flying in a private jet is a slap in the face in a week when Celtic fans were fined for raising over £17,000 and filling a remarkable 9 vans of food for the hungry.

Stick to Tory shin digs Rod, Bernard Higgins is more welcome at Paradise than you.