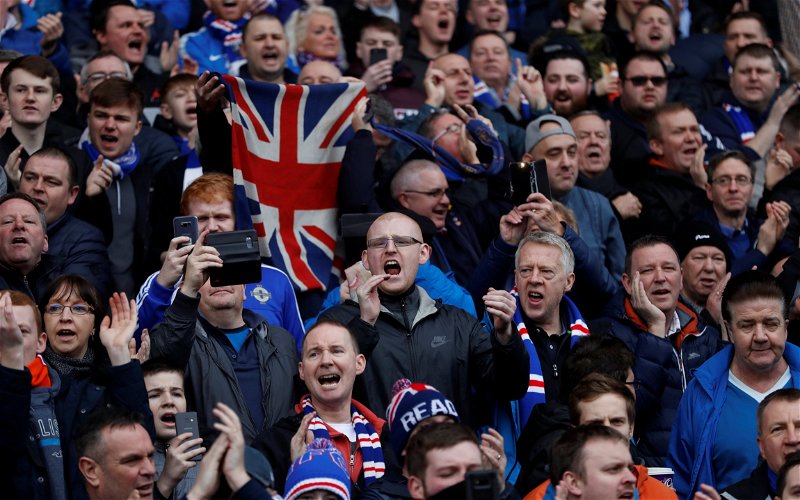 The rumours that Sevco didn’t have the coin for last months wages will not go away, their next home European game with its extra quid booking fee should cover it for the basket of assets which managed to resign £50,000 former Dundee player and Sweet Caroline singer who was allegedly heading to Juve but due to his ambitions has decided to stay at the Newco.

That Sevco have managed to resign a player who has alleged links to Italy is no small feat, if such links actually exist or not is anyone’s guess.

But operation deflect took on a more hysterical shade today with Iannis Hagi being linked with a move to Roma for £17mil in September, with the transfer door slammed shut, his availability not guaranteed, no medical booked and no knowing if he will be fit or playing with The Rangers B between now and the time when “fee agreed” means the Italians need to actually buy him.

This is a financial squirrel, don’t get it mixed up with the we aren’t racist or everyone is against us squirrels who live in the same tree as the SMSM and BBC are out to get us squirrels let alone the marching squirrels… you know the cultural ones which call you a racist for complaining about their racism.

As the rumours grow we may well find ourselves in the same place when Elbows lead a mutiny over a 10% pay cut, the run of results that followed was a disaster for the Newco.

I had my doubts about the latest rumour until the squirrel popped up, there can be no truth to an agreed fee in September, but their can be truth to a club that betted all on UCL group stages, then player sales, then its umpteenth share issue and now is just making it up as it goes along.