Lawrence Shankland is a lifelong Rangers fan, most 6 year olds wearing blue are as well, however the Ayr United ace is far too good a player to move to the Newco without Celtic showing some interest.

We have not replaced Dembele in the striking rotation and last night we saw that we need to invigorate the position come January, we will no doubt go on an exhaustive search to bring in a striker, however, a goal machine lurks just down the road.

Sevco has nae dough, that won’t stop them finding a few hundred thousand for a bid with the media doing the rest as Ayr will no doubt be able to hold the former league leaders to ransom.

It has been reported that up to 20 clubs are keeping tabs on the Championship star with Swansea and Sunderland among them with the early market suggesting 400,000 pounds will suffice.

Celtic should wade into the bidding with a cheeky million, if he signs then we have our trio of Edouard, Griffiths and Shankland all three of whom are proven in Scottish conditions.

If we are outbid, then fine, at least those with a wonga bill will have to pay above the rate to get him. 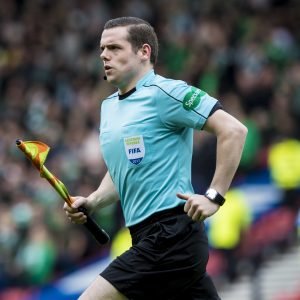