Scotland is in the midst of something amazing. The press is being boycotted due to the skepticism of Nationalists, still licking their wounds from the biased coverage during the referendum and from Unionists, angry that someone reported something that was said to them. What this means for the Herald will in the coming weeks be revealed, but it could lead to its print run declining rapidly. 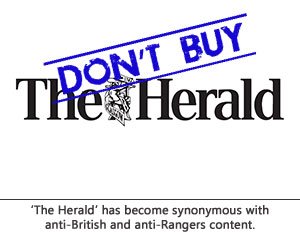 Unionists calling a Unionist paper anti British because a Rangers fan reports what he was told face to face.

Newspapers are an outdated and superfluous item,  in the technical era it is awaiting its inevitable liquidation. The Newspapers of Scotland could be the first to die off and be replaced by electronic media entirely worldwide. The Daily Record’s print run has dropped alarmingly since the referendum, selling just 190,985 copies daily in March 2015 down from 251,535 in 2013. Their website has waned as well. If you go to any of the Records articles many have a handful of shares or none at all. The DR is employing guest bloggers to say things stupider than even Jackson or Gannon normally would and for a fraction of the pay, the writing’s on the wall for this dinosaur.

By contrast, Bampots across the web are transitioning from an impromptu form of protest into the daily media of choice. I like many wake up and see what facebook has to say is going on before i reference it in the SMSM. If i need a fan of the Ibrox team to tell me the news i will read John James, if i want a Celt to explain it i will read Phil Mac Giolla Bhain. If I want an opinion piece I will read On Fields of Green and if I am looking for my daily chuckle at the “Shark Jump” and Chris “Union” Jack, well, i will keep on Clumping.

When i need news that is raw and straight from the rumour mill that has proven reliable you can’t beat Videocelts and CQN, for a lovely glossy lay out i am a regular at Read Celtic. James Doleman reports from the courts as it happens so why not read his blog on the Rangers Fraud Case? Why wait for the SMSM to troll his twitter feed and then choose what parts do not have the Elephant in the room. 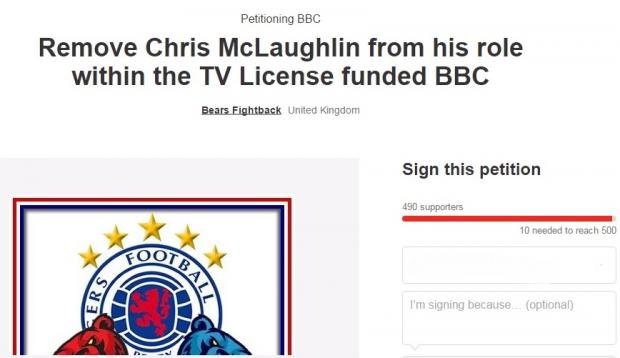 Zombies attacking the BBC, Even the national broadcaster can’t report unless they report what the club wants them to. The Succulent Lamb years in another guise.

It has been alleged by many Bampots and bloggers alike that people such as Keith Jackson at the DR merely troll Phil Mac’s twitter feed looking for information to sensationalise. The 4th estate, the media, is now doing its investigative journalism by investigating what Bampots have investigated.  By so doing this, the SMSM have made “The 5th estate”, the social media full of its conspiracy theorists, skeptics and non believers the accepted coalface of information about planet Fitba.

Our message is enduring, our propaganda coherent, our club, culture and direction united: A fair go for Celtic, no more honest mistakes, they died- GET REAL! That the SMSM is so utterly clueless in the post Lamb era that without Jabba to tell them what to write they merely plagiarise what we write is severely undermining their credibility. Everything we ever read before the internet we have found was approved at SDM’s desk before print. This scandalous behaviour has seen us  do “Moving along”, not from the issue, but from the medium.

Unemployed and hate filled? So by offering solidarity with a Protestant Rangers fan, if your name is Haggerty you are hate filled?

The Lamb Corp is trying to reassemble with Vanguards set up to harass and stifle opinion and editors so spineless they will throw award winning journalists under the bus and sack others for tweeting. It is not surprising, it has always “been all about the Rangers”, the media doesn’t print anything else. Now with 6 court cases going concurrently against Rangers (IL) and Sevco, it is about them as never before. Fact, rationale, reason and precedent would be far too much for the deluded to bare, so the Bears have established a vanguard against freedom of speech itself. If there has ever been a time to boycott the SMSM then now is the time.