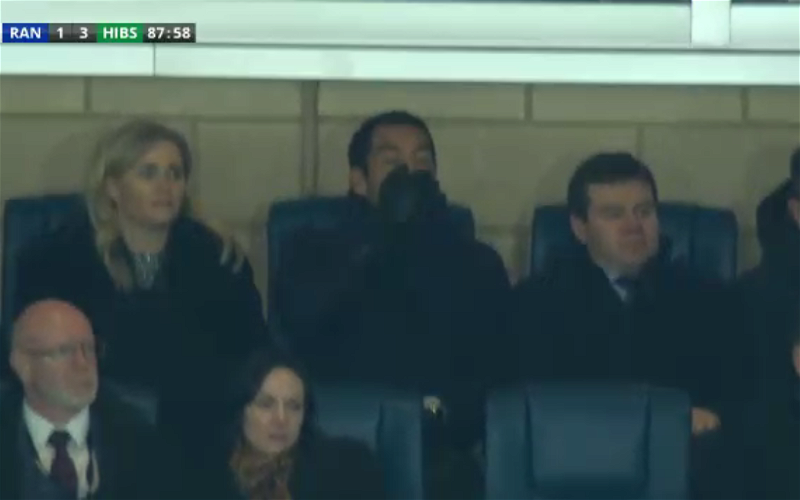 Fall out from the League Cup semi final is toxic at the moment with the city bristling as a new era is upon both of the Glasgow clubs, Angeball is working a treat and a joy to watch, the Gerrard revolution has come to an end and at the beginning of GVB’s tenure the hacks are already in for him.

Chief cheerleader Keith Jackson of the Daily Record has been a major force in the Newco era, when McCoist, Murty, Warbo and Pedro lost the stands those same Sevco fans were reading the Ibrox epitaphs in the DR calling for those men’s heads.

That not just GVB but also The Rangers are both being criticised so strongly for the handling of the last week actually makes sense, they knew who they wanted, interviewed him on Monday in London and should have signed the deal and given him the reigns.

Instead they dithered, he baulked and the scale of this miscalculation has seen the Newco’s maiden Cup hopes quashed, handed a trophy to a club they hate (either of us) and on the back of Goldson’s comments opened up Pandora’s box with relation to the mood of the dressing room.

Sevco have some very special idiots online and none are better than State Aid loon of many names better known as Joe Black, he is actually defending Keith Jackson for going after the Ibrox club and GVB.

Many angry Bears have quote retweeted this article backing Gio but not Joe, he even comes back in the comments to highlight it as a decent bit of trolling.

As the saying goes, there is always a tweet, one Tim had it handy.

The piece itself is scathing, that Jackson doesn’t rate him a genuine leader and that the special bunch are agreeing with him day one of his tenure bides poorly for GVB and Sevco, every game between now and the derby in January will be incredible viewing on both sides of Glasgow.