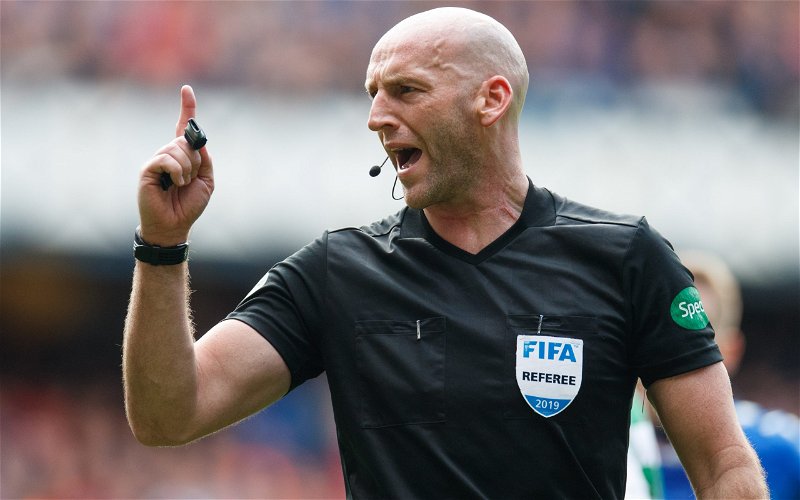 Last week I wrote blog on the sending off of Funso Ojo for being shoved by a supporter, the incident went viral after Chris Sutton retweeted it with the caption Only in Scotland.

Now Sutton has called out the SFA over their decision to let the red stand, essentially exonerating Bobby Madden from any wrongdoing.

.The men with the funny handshakes have a record of backing officials regardless, Porteous can miss a player and a red stands, Aribo can drag his studs down a shin and a yellow isn’t even contested by the officials.

These kinds of blunders are not even honest mistakes, they are the arbitrary application of the law and how it is dealt out differently to certain teams.

Until we have international referees or at the very least referees stating which teams they support we will continue to see farce upon farce in Scotland.